The 37 trains will be deployed on the extended Dublin Area Rapid Transit network, slated to start running in 2025. The ten-year pact allows for up to 750 electric and battery-electric rail cars to be procured for the DART+ network. 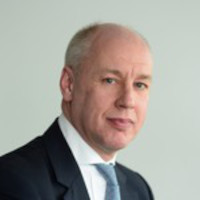 “As the world’s leading innovator and supplier of green mobility solutions, Alstom is here for the long-term to support Ireland in delivering transformative change to its citizens through sustainable rail travel,” said Nick Crossfield, Alstom’s managing director for the UK and Ireland.

“This further order of X’trapolis trains signals Irish Rail’s intent to move quickly in greening the Greater Dublin commuter network, Ireland’s most populated commuter belt, as a first step in that national transformation.”

With a capacity to transport 550 passengers, each 82-metre train, specially modified for the DART+ programme, features wide, walk-through gangways, low-level flooring and an automatic retractable step to maximise accessibility for all users.

Other features include dedicated cycle and family areas, charging facilities for mobile phones, e-bikes and e-scooters and advanced CCTV systems throughout the train.

The trains are capable of journeys of more than 80 kilometres outside the DART network using only battery power, allowing older diesel rolling stock to be withdrawn from non-electrified lines.

“Energy stored in the battery system will be replenished via fast charging stations at chosen terminus locations and by recovering braking energy while the new battery-electric trainsets are on the move,” Alstom said.

In addition to the train fleet, the French firm will also provide a 15-year support service including driver training, and install its HealthHub and TrainScanner technology for predictive maintenance.

Alstom, which boasts more than 150,000 vehicles in commercial service, including the world’s first hydrogen train, the Coradia iLint, is a member of the Breakbulk Global Shipper Network, a worldwide group of shippers involved in the engineering, manufacturing and production of project cargo.

Network members will get the chance to meet face to face in the BGSN Lounge at Breakbulk Middle East 2023, taking place on 13-14 February at the Dubai World Trade Centre in the UAE.