Can Project Managers Rely on Barging for European River Transport?

Project managers can do everything possible to anticipate problems in project budgets or execution, but sometimes Mother Nature throws you a curveball and your project goes to crap and overbudget.

The current issue with low water levels along European rivers is a prime example. When faced with issues like this, project managers must do all they can to understand the problem and try to mitigate the impact.

Water levels are killing barging on rivers in Europe. Pricing has escalated, and low water is a daily unknown because it cannot be forecast accurately. Using the Rhine River as an example, traditionally, water levels have been taken every day at Kalb, Germany as a benchmark. Normally water there has leveled off at somewhere around 6 to 8 feet of water. (Kalb is sort of the midway point of the Rhine River). The Oct. 2020 current monthly level is 2.8 feet of water. What has that done?

Well for one, it has put a lot of barges out of commission and secondly, it caused the barges that were used to carry less per load. Barges in Europe draft 2-4 feet normally which means they cannot carry much product past Kalb with the current water level. More barges with less freight cost more to the project.

Barges have been used in Europe since Roman times, but true standardization of the canal and river network started in 1879. Many lock chambers on the Rhine, Rhone, Mosel, Oder and Danube are still of 39m length (or longer if rebuilt) with a width of 5.2m (approximately 128ft or longer x 17ft) built to the 1879 standardization. A minimum depth at the time was also required to be 2.2m (7ft 3in), allowing barges between 300 – 350 tonnes to pass either under bridges or not bottom out on the bed of the river. It is now assumed barges are traveling with 40% of their current capacity.

All barges today are mostly diesel driven and are built to what has become the standard for larger rivers, like the Rhine “push-boats” pushing a number of barges rafted together but these boats normally have a draft of .65 or 1 meter and sometimes cannot get through the low water. These “push boats” gradually replaced the Luxe barges (single barges normally of 18/30 meters in length, although some were lengthened to 40 meters or greater and various drafts) due to competition by road and rail.

Low water is not a temporary problem. The glaciers and snow that feed the rivers, primarily from Switzerland, are melting and this was accelerated by the 2018 drought in Northern Europe. One of the feeding lakes that holds glacial and snow melt water from Swiss glaciers is Lake Constance. In the 2018 drought a silt island appeared on the Austrian side of the lake (the lake is shared by Germany, Austria and Switzerland) and the lake still has not recovered.

Shippers are not the only ones struggling with low water levels. When tankers can’t get fuel supplies up the river by barge, governments have had to step in. For instance, Germany's Economy Ministry said in 2018 it had taken the unusual step of authorizing temporary access to various strategic fuel reserves in areas where supplies have not been able to get through due to the shallow waters. No further action taken by Germany since then. Recently, the Swiss government permitted the release of fuel reserves on Oct. 28, 2020 following problems with the nation’s only refinery and continued disruption to Rhine River shipments.

Barging has historically been a cheaper and more environmentally friendly option to road and rail, which has held broad appeal to shippers. But when does the risk of delays caused by low water levels become too much?

This crisis has caused governments and barging companies to look at potential solutions to maintain this long-standing economical method of moving cargo on the major rivers. It will take time to make changes so careful logistics planning must take place for now. Rail and truck alternatives are expensive and often not practical for dimensional and heavy project cargo.
About the Author 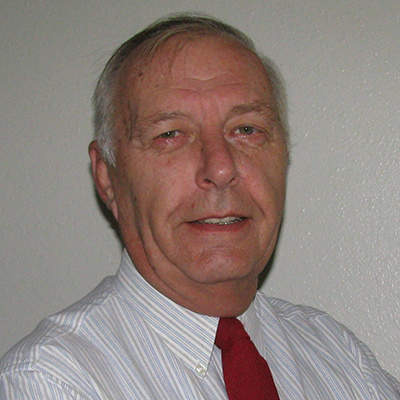 Dick has been involved in the transportation industry for over 50 years. Throughout the course of his career, he has held various positions in the rail, motor carrier, intermodal, and freight forwarding industry segments of the transportation industry. He has held senior management positions focusing on the handling and execution of project cargoes, and especially oversize and overweight cargoes, both domestically and globally.

Dick can be reached at [email protected].