A Guinness Book of Records: Longest and heaviest load on UK roads with a distance of 2 miles

In the mid 1980s I joined a major EPC company’s logistics team. I was assigned as logistics supervisor to oversee the movement of a 476-tonne vacuum distillation column that measured 193 feet and 11 inches long with a 34-foot diameter. The piece was moved from a fabricator located near the Dutch/German border to alongside the foundation at a major UK refinery undergoing a revamp.

The project had awarded a scope of supply to the fabricator and instead of utilising the EPC logistics team, the scope included responsibility for delivery alongside the foundation. A specialist transportation company had been appointed to handle the offloading.

My role was to focus on risk mitigation, engaging in every aspect and detail of the movement— I represented our project in a direct interface with the fabricator, its contractor and sixteen major to small organisations to obtain authorizations and approvals to enable delivery to meet the construction schedule. To achieve this the fabricator agreed I could have direct engagement with their contractor. My other interfaces were with construction, engineering and project management.

The overall transportation was based on loading the column into a barge at the fabricator and towing this 128 miles to Rotterdam with permission of the Dutch waterway’s authority Rijkswaterstaat. Sheer legs would lift the column from the barge which would be moved down the quayside where steerable bogies would be placed inside. Then the column would be loaded and secured to them. A semi-submergible ship was used to float the barge into for loading and float-out assisted by tugs.

It was not feasible to utilize the closest major port to the refinery. The only possibility was to undertake a beach landing at a major power station and transport across their land to access a narrow public road to the refinery.

Beach landing is very complex so we appointed a marine surveyor for technical input and approvals. The contractor determined the sea fastening, engineered the design of the pad construction, along with the composition, size and method of anchoring. The proposed number and type of tugs to tow the barge from the semi-submerged ship and steer the barge to the beach landing and to hold it in position was also determined. All of this was reviewed and discussed in depth by the surveyor and approved. They also set the weather window and sea state criteria for the beach landing. In addition, they attended key interface meetings and were in attendance at every step of the transportation.

As part of the risk mitigation a comprehensive soil survey was undertaken related to the beach and the land crossing. The purpose was to determine load bearing capability and what was required to ensure this activity could be undertaken. The results dictated building a 130-square-foot “landing pad” , starting at 6 feet below high water, anchored below the water line with steel ballast to reduce buoyancy. Mooring lines anchored to concrete blocks buried in the foreshores to prevent movement were specified. Steel link-span ramps would be installed for moving the column onto a quarter of a mile, three-foot-thick greenheart timber road across their land to enter onto small, narrow local road. As there was an insufficient volume of this timber available, the plan dictated creating a “rolling road” by transferring the timbers from where the column had passed and placing these in front of the column.

The power station was part of the UK National Grid providing electricity for use across the country. Extensive discussions took place with their executives to explain the strategy and obtain their agreement. This included a request to disconnect their supply of electricity into the grid due to proximity of the overall height of the column on bogies to the power line. A narrowing pre-notice date had to be agreed to achieve this. This would enable the National Grid power to be increased from other stations to make up the shortfall.

We also had to temporarily remove their perimeter fence and security barriers to access the public road. Their staff had a yacht club with moorings directly in the barge’s path to the beach and would impede the landing. We had to get agreement with the chairman of the club to sink the moorings and provide temporary moorings for their yachts that we would then move back to the original locations.

There were significant logistical challenges related to the refinery access. The road from the power station to the refinery was a narrow one lane up/one lane down, so the transport would block the road entirely. This required police escort and issue of closure notice to the local community, as well as removal of street furniture overhead lines and using steel plates where water pipelines existed.

Meetings took place with the local authority and conservation society to obtain their approval for the movement and access route into the refinery. This required demonstrating the mature tree screen at the refinery would have the minimum number of trees removed to create a pathway (five different routes were examined), temporarily filling a ditch and the reinstatement plan of both. Also, we had to ensure there was no risk of potential damage by the transport and its load to a historical Victorian school building close to the access point, or risk to oak trees, as both of these had preservation regulations.

There was a significant interface with construction and I worked at the site with them, so we could plot a safe route with the transport contractor to enter the refinery and navigate safely to the foundation. This involved identifying locations of culverts underground and above ground pipelines that would have to be bridged. We also had to determine the arrival date in the refinery to minimize disruption to their operations and our construction. The column would arrive head first, so we had to identify a place where a crane could be used to lift the column at one end at a time during re-orientating the column inside the refinery, so the skirt could sit on the foundation.

Due to the sheer number of authorities to engage with and obtain approvals from, the planning for this movement took seven months. There were no problems encountered during the total transportation time from the fabricator into the refinery, which took 17 days, allowing for down time to ensure we met the approved sea state conditions and weather window.

There is a significant difference in moving a heavy lift/abnormal load into an existing refinery compared to a new greenfield facility under construction. Ease of access is likely to be more challenging.

Undertaking such movements needs logistics at an early stage to consider the feasibility of using an existing port and roads to the jobsite. Also, accurately identifying the type and number of authorities to be engaged with to obtain their approvals, know their processes and the time required for each step is critical.

These transports require big picture thinking, risk assessment and mitigation focus. Problem solving must include interfaces with management internally and with external organizations, as well as using technical specialists. 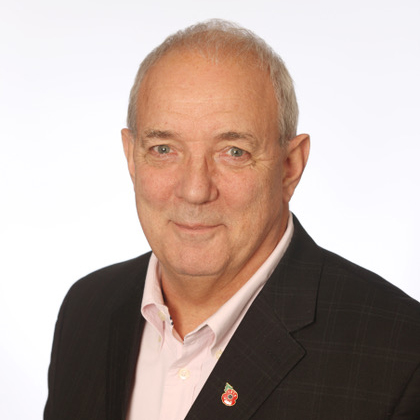 Peter started his career as a freight forwarder and logistics specialist progressing into procurement, project procurement and project management executing complex projects. He has held VP Global Procurement/SCM roles in major EPC companies. He is a consultancy specialist in the field of procurement, logistics and project execution, based on his 35 years of experience. You can reach Peter Jessup by email at [email protected].
Subscribe to BreakbulkONE and receive more industry stories and updates around impact of COVID-19.
Back
Organised By