ExxonMobil has made another two major oil discoveries off the coast of Guyana, taking the total number of finds at the prolific offshore region to more than 25.

The discoveries at Seabob-1 and Kiru-Kiru-1, part of the 6.6 million-acre Stabroek Block, are ExxonMobil’s sixth and seventh in Guyana this year, the US energy giant said in a filing.

ExxonMobil, alongside partners Hess and CNOOC, made its first offshore Guyana discovery – Liza-1 – in 2015. The well began producing in late 2019.

“ExxonMobil and its partners continue to accelerate exploration, development and production activities for the benefit of all stakeholders, including the people of Guyana,” said Liam Mallon, president of ExxonMobil Upstream Company.

“The resources we are investing in and discovering offshore Guyana will provide safe, secure energy for global markets for decades to come.” 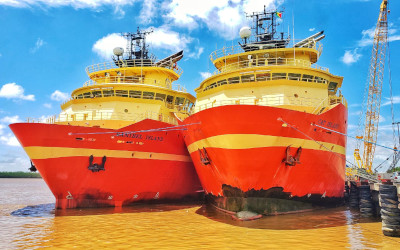 In a little over a decade, Guyana has emerged as one of the world’s most exciting hotspots for offshore crude exploration, with estimated recoverable resources of more than 11 billion barrels of oil equivalent.

At Exxon's Liza acreage, the Liza Destiny and Liza Unity floating production storage and offloading vessels are producing about 340,000 barrels of oil per day, or b/d. The FPSOs are supplied by Dutch vessel builder, SBM Offshore.

With the likely start-up of the Payara and Yellowtail projects in 2023 and 2025, respectively, crude oil at the Stabroek block could be flowing at a rate of more than 800,000 b/d within three years.

The company, which last month reported a record second-quarter net income of US$17.9 billion, is also the operator of offshore Guyana’s Canje and Kaieteur blocks.

ExxonMobil is a member of the Breakbulk Global Shipper Network, a worldwide network of shippers involved in the engineering, manufacturing and production of project cargo.

A reception will be held for network members on 27 September at the BGSN Lounge at Breakbulk Americas 2022, taking place on 27-29 September at the George R. Brown Convention Centre in Houston, Texas.

To find out more about the BGSN, click here.