Murilo Caldana, project director at FOX Brasil, told Breakbulk the two forwarders had been cooperating on different projects for the last ten years. 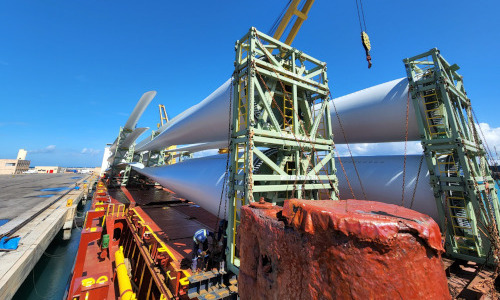 “Both companies are quite expertise on their activities, so all went well and as planned,” said Caldana, who is also president of the international Heavy Lift Group.

The Windpeshi project is one of three Colombian wind farms being developed by Enel Green Power, a division of Italy’s Enel Group. The 205-megawatt project will comprise 41 turbines, manufactured by Germany’s Nordex Group.

Power generation in Latin America is among the hot topics to be discussed in a series of main stage panel sessions at this year's Breakbulk Americas, taking place on 27-29 September at the George R. Brown Convention Centre in Houston.

For the lowdown on all of this year's sessions in Houston, click here.