Who said project cargo was only about modules, turbines, transformers, pipe, valves, structural steel, etc.? What if I told you project cargo also consisted of pizza, ice cream, Christmas trees and more—would you believe it? Well, it's true. These are some of the items that routinely shipped on our breakbulk vessels and aircraft charters while working for an U.S.-based EPC contractor.

I was the project logistics manager for an LNG plant being constructed in Algeria during the 1990s. The country was facing a civil war between the government and Islamic extremists. I was stateside but our team at the jobsite was forced into lock down, not the COVID-19 type. They, however, could not leave the camp or jobsite. So, what do you do when you need a pizza delivered or to celebrate a holiday, call the logistics guy in the States!

USAID was providing assistance to the project so the material had to be sourced in the States and transport had to be through U.S. carriers. For ocean transport we chose Lykes Lines and utilized the Port of Charleston. Our breakbulk material was consolidated at our export packer in Charleston where it was export packed and sent to the port. Material that was already export packed was sent directly to the Port of Charleston’s Columbus Street Terminal. The call forward on the vessel was determined when we accumulated the necessary freight revenue tons for an inducement into the Algerian Port of Oran.

For air transport we utilized Emery Worldwide DC-8s out of Charlotte, NC. The departure date was determined once we accumulated 50 tons of urgent cargo in Charlotte. The breakbulk vessels and aircraft charters departed approximately once a month over a two-year period. I was present for the load-out of each vessel and aircraft. This gave jobsite the opportunity to provide me with a shopping list for each voyage and flight.

The shopping list began rather innocently with a simple request for a weight lifting magazine when I was loading out our first breakbulk vessel. I provided the magazine to the chief -ate with instructions to hand it over to our personnel at the offloading port. Soon word spread at the jobsite.

For the next vessel I received a list with the employees’ names and what they were requesting. Requests included food items, clothing, toiletries, more magazines and anything else the folks could not get at jobsite with the lockdown. The list would get longer and longer to the point when I would soon be scheduling a full day just for shopping.

Thanksgiving was approaching and the jobsite had an idea on how to coordinate the dinner. They needed all the fixings for a feast. Simple enough, just put it on our aircraft charter, including the gravy. The Thanksgiving dinner success led to Santa's list the next month. Christmas trees, lights, decorations, candy and you guessed it, more food, were loaded on pallets and included on the aircraft’s manifest.

Then it finally came, the pizza request. “Can you get some pizzas and throw them on the plane, we only need 25?” Little did I know this would lead to the monthly fast-food requests for the remaining aircraft charters. One month it would be McDonald’s, the next Burger King, KFC and so on. Luckily, they never requested Taco Bell. I don't think a taco supreme would hold up very well for the long journey to jobsite.

Then a logistics study/plan was needed for shipping fast food to Algeria. It included sourcing ice, how much, coolers with specific dimensions and timing the food pick-up to coordinate with the aircraft departure! Luckily the catered food for the crew on the plane’s journey was a step up from the fast food so we were never short a burger. Who wants to be the guy at jobsite without a burger?

Over the two-year span of the project I think I was the most popular guy at the jobsite even though I didn't physically work there. I also was able to hand deliver many of the items when I flew along with our aircraft charters. We flew out of Charlotte, refueled in Gander, Newfoundland, was on the ground in Algeria for a couple of hours and over to the Azores for a crew rest. I'll save this for another story.

Oh wait, what about the ice cream? Well I would hand it over to the chief mate and he would put it in the vessel’s freezer in the galley. I was always told, “We never received the cookie dough ice cream,” and I’m sure the vessel’s crew enjoyed it somewhere over the Atlantic.

So now you know the most important delivery to jobsite may not be that 100-ton transformer the project manager is screaming for, it might just be an extra-large pepperoni pizza.  About the Author 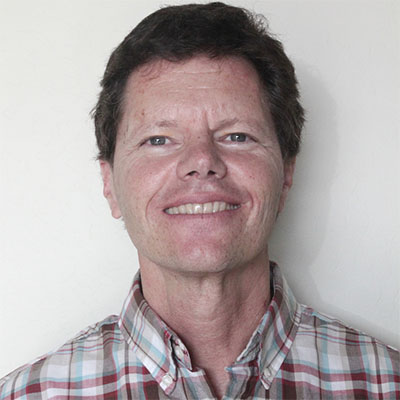 Brent Phelps has over 30 years of experience in the fields of logistics, contracts and supply chain management. He has worked on various mega projects for EPC contractors throughout North America, the Middle East, Europe and South America. He has managed project cargo for the oil and gas, mining and metals, power and infrastructure sectors.

Brent Phelps is currently seeking new opportunities and can be reached at [email protected] or through LinkedIn https://www.linkedin.com/in/brent-phelps-b13088116.