Delivered Incoterms are Useful and Sensible

In the last installment of a series by former Halliburton Vice President of Global Logistics John Vogt, you’ll gain the critical information needed to reduce shipping risks to your company whether you’re the buyer or shipper. Look for John to continue to provide industry insights in the coming months.

We have reviewed the E, F and C rules in previous articles (see links below). While E and F terms dealt with domestic to the seller movements, the C terms moved goods out of the country of the seller. The last group of terms deal with delivery into another country and are the “D” or Delivered rules. These rules have had an interesting number of changes in the last few versions as the drafters of the Incoterms® have wrestled with delivery in another country.

For interest I have produced the rules that were promulgated for each of the last three versions below:

The rule DDP has remained in place for all these versions. This rule requires the seller to deliver the goods to the buyer’s location after clearance through customs and with all duties and taxes paid, ready for the buyer to sell or use.

In the last three editions there have been numerous changes to those Delivered rules which do not require the seller to pay the duties or clear import formalities. In 2000 there were four rules that dealt with delivery at a frontier, from a ship, on a quayside or at another place in the buyer’s country. These rules were reduced to two in the 2010 revision, and specified Delivery at a terminal or at another place. In the 2020 revision, these were altered to two rules, which are essentially identical except one is delivered on the transport and one is unloaded from the transport, at the named place.

We need to remember that shipping was where most of these rules originated for international trades. A ship wants to load and unload as fast as possible, so time in harbor is minimized to make the ship efficient. Ships today usually require pre-payment for the loading, movement and discharge before the load is accepted. This is done so the ship will not be delayed with items on board awaiting payment. This is general practice for most modes, so the desire to leave goods on a transport as in DAP may be low. The utilization of two rules, DAP and DPU, which essentially only differ by whether the goods are delivered at the named place while on the transportation or unloaded, is unique in the Incoterms® rules in modern times. The creation of two rules to achieve this seems an unnecessary complication, when a simple additional statement on loaded or unloaded could have been incorporated.

The last point to be made on those rules, where duty is not paid by the seller, is the complexity they can introduce. Envision the situation where the seller must deliver the goods to a named place away from the entry or border into the foreign country. To enter a foreign country, the goods will have crossed a customs boundary and duty and perhaps tax is payable. The goods must be held in customs bond, while the buyer pays the duties and taxes and then provides the documentation to the seller to prove these duties and taxes have been paid, whereupon the seller can arrange the final delivery. To achieve this final delivery, the seller must be able to pay service providers in the foreign country, either directly or through a third-party logistics provider. All this requires coordination and time, and as time is money, so the DAP and DPU rules are not simple ones to use without clear understanding of the coordination, movement, storage in customs bond and financial payments in the foreign country.

The DDP rule also needs some thought before one merely accepts that this is the seller delivering the goods cleared for commerce in a foreign country. To achieve this, the seller must have a registered entity in the foreign country which can pay duties on its behalf as well as any taxes. This entity must be registered, not only as a company, but also with the Customs authorities. If the seller has a subsidiary in that foreign country, that is a simple solution as it can do the clearance and tax payments. But the number of companies which have subsidiaries in all their markets is not that high. The alternative is to appoint a company such as a Customs broker licensed in the foreign country. The appointment has implications, as the broker may be licensed to pay Customs duties, but the broker will require payment before it pays duties on behalf of the seller. That means a delay as money is transferred and converted into the foreign currency required by the broker to pay the duties in that country. That implies a capability of a foreign currency transaction, and trust in the broker to not only pay the correct duties, but also to submit the correct information to the Customs authorities to receive their duty to be paid. In many countries the duty rate is much higher than one sees in goods moving between Europe and America, and different countries can have very different levels of corruption potential. These factors leave the potential for fraud which needs to be carefully monitored and managed.

The broker will have to be authorized to sign on the behalf of the importer of record, which is the seller in this rule. The authorization is achieved by means of a Power of Attorney (POA). Many companies issue a standard form of POA to Customs brokers, which is a higher risk than they realize. The correct POA should specify the broker may only sign documents on behalf of the seller if they have ascertained the details of the document are correct and verified all the calculations for duties are valid. Beware the generic document for a POA which authorizes signatures without restrictions.

To complicate the entire process, it must be remembered the Incoterms® rules are terms of trade. The legal processes in a country supersede trade rules, and therefore the Customs authorities will look beyond this rule to see who can be held accountable for errors or frauds, which is inevitably the registered company in the country involved in the trade. This is evident in the U.S. where the Principal Party of Interest, or USPPI, which is the entity that receives the primary benefit from the trade, could mean the buyer would be responsible for the errors, omissions or fraud by the broker appointed by the seller. This is not only the US.., as the Australian Customs Authority prosecuted an Australian company (Studio Fashion vs CEO of Customs) in which the Australian buying company purchased goods from a company in China. The trade was done using the DDP rule, leading the Australian buying company to believe they had no liability. The import brokers appointed by the Chinese seller submitted Commercial Invoices with fraudulent (lower) values to the Australian Customs Authority. The Customs Authority sought to recover the underpaid duties and taxes from the Australian company on the premise that they were the entity which had created the trade and had a contract with the Chinese company. The only recourse the Australian company had was to institute a legal action in China, which would have had limited hope for success and probably cost more than the duties claimed by the Australian Customs Authority.

With all this, the use of DDP must be very carefully considered. It is not to say that it is flawed; it merely requires more than washing one’s hands of all responsibility. What can be done? The contract must state the seller must be responsible for all errors in the supply, movement, and delivery to the buyer. The buyer should also add due diligence to protect itself. The delivery section of the rules states the seller, at its cost, must provide any documentation required to enable the buyer to take over the goods. The issue in Australia would probably have been overcome if the receiving company had demanded an Export Commercial Invoice and a Bill of Lading from the seller when the vessel sailed, and the Import Commercial Invoice from the Australian broker on entry and before accepting the goods. This would have given sufficient information to quickly check the prices and quantities were the same at the export, import and while on the vessel, and would have made the alteration of the import documents far more difficult. This is good practice for any buyer to impose on the seller and the Customs brokers (export and import), unless your company has personally vetted the seller, export broker and import broker.

The delivered terms are useful and sensible terms to use when you deliver goods to a foreign location. They give a choice of the seller paying the duty or not, and in the latter case whether the goods are on the transport or unloaded. But the issues of payments delaying the clearing of goods for DAP and DPU, with attendant foreign monetary transactions and the issues of corruption and hence fraud are real. Think of ways to ensure you are monitoring the transactions, remembering that you are the responsible party for customs duties and taxes.

Trade requires that you use the Incoterms® rules knowledgably and correctly, while recognizing the risks and where they could impact your company. Risk identification, documentation and the broader aspects of trade will be covered in future articles!

Why Everyone Needs a Better Understanding of Incoterms (January 11, 2022) 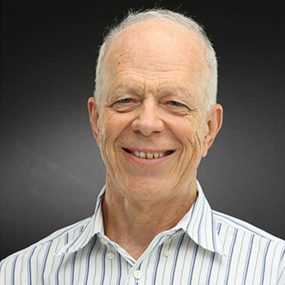 John Vogt has his own consulting company and, at the end of his 42 years in industry around the world, was the Vice President of Global Logistics for Halliburton. Thereafter he spent five years as a Professor of Record for the University of Houston-Downtown MBA for International and Supply Chain courses. He has experience as a Board Director and has traveled the world to improve trade.

In his career, he has driven the correct use of Incoterms as part of the trade improvements he has implemented to drive efficiency and effectiveness. In his role as a professor of record, he taught multiple courses on the use of Incoterms and trade-related agreements. He has published with colleague Dr. Jonathan Davis (Associate Professor, Supply Chain Management Chair GMSC Department, Marilyn Davies College of Business, University of Houston-Downtown), three formal research papers on Incoterms with two more in consideration, making him the most published Incoterms researcher. He has also published numerous articles, presented papers at multiple international conferences around the world on logistics, trade and compliance including Incoterms. He has served as track chair for multiple conferences as well.

Vogt has a Ph.D. (Logistics), an MBA, and a B.Sc. (Engineering), holds the title of European Engineer (Eur. Ing), is a Chartered Engineer (UK) and has been elected as a Fellow of the Institute of Engineering and Technology (UK). You can reach him at [email protected].